Enhance your Grade 8 history lessons with these resources about slavery and the Underground Railroad in Canada. You will find videos, interactive activities and virtual tours that can be integrated into your lesson plans and bring your classroom to life!

From a Freedom Quilt activity to learning about Rose Fortune, here are resources to help you teach the Canadian Underground Railroad in the classroom.

How does the Underground Railroad Work?

Activity Idea: Have your class watch the ever-beloved “Underground Railroad" Heritage Minute, and examine the broader theme of refugees using this lesson plan. Students will research the origins of Black communities in Canada and analyze the level of acceptance and discrimination that Black Canadians have faced in the past and present. Students will also research the government's policies and processes for admitting refugees into Canada.

Harriet Tubman is often considered synonymous with the Underground Railroad. Born on a Maryland plantation, Harriet Tubman escaped slavery to become one of the great heroes of the 19th century. The most famous "conductor" on the Underground Railroad, she courageously led many of the people she rescued from American slavery on dangerous journeys to safety and freedom in Canada. To expand your knowledge of Harriet Tubman and her contributions check out this fantastic podcast or full length film (Rated PG 13 - Crave subscription required).

Activity Idea: Harriet Tubman took many risks before and during the Civil War; she also helped large numbers of people. Create a Venn Diagram, poster, or graphic organizer comparing Harriet Tubman to a contemporary woman who has taken risks and helped many people. Some examples for comparison may include Malala Yousafzai, Aung San Suu Kyi, Mae Jemison or Ellen Johnson Sirleaf.

Although Harriet Tubman played a significant role, there are several other activists central to the success of the Underground Railroad. A lesser-known story is that of Rose Fortune, a self-appointed policewoman who came to Canada after the American Revolution with her slave owners, who were loyalist refugees.

Activity Idea: Studying the life of Rose Fortune is an excellent way for students to gain an understanding of the economic and social challenges that former slaves encountered upon arriving in Canada from the United States. Fortune's story also illustrates the challenges that historians face in attempting to reconstruct an accurate account of historical events from documents and other public sources. Use these interactive activities to have students illustrate their understanding of slavery and the Underground Railroad.

There are several myths and misconceptions surrounding the Underground Railroad – most recently a legend emerged in the 1990’s indicating enslaved persons may have used quilt codes, otherwise known as “Freedom Quilts” to navigate the Underground Railroad. Some argue that various clues disguised as geometric patterns were sewn into the quilts and then hung in full view for the enslaved persons to memorize, and eventually guide them to safety during their escape. This theory however, has been met with much controversy as many historians question the story’s accuracy due to the little physical evidence found to corroborate the tale. Do you believe the story? Have your students review this article and decide for themselves!

Activity Idea: First, have your students research and become familiar with the symbols and patterns used on Freedom Quilts. Then use this guide to have students design quilt tiles that could be used to navigate a “runaway” through your school’s campus to freedom. Afterwards, be sure to engage your class in a discussion highlighting the important role that the quilts and other possible legends may have played in Canada’s black history. 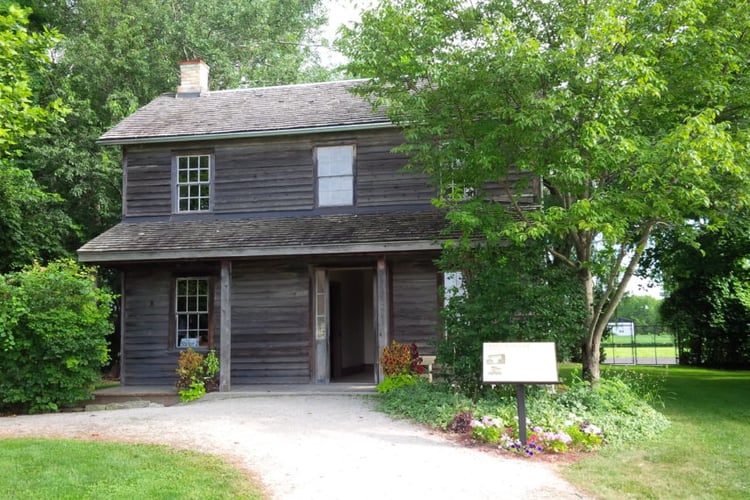 Did you know that many of the final stops on the Underground Railroad are located right here in Southern Ontario? Nearby attractions including Amherstburg Freedom Museum, Uncle Tom’s Cabin and Griffin House share virtual tours which highlight the stories of early Black settlers who journeyed to freedom in what was then known as Upper Canada.

End your Underground Railroad lessons with a fun and interactive Kahoot!


If you are interested in visiting other significant landmarks in Canadian Black History, consider taking your class on one of our Underground Railroad Tours through the Niagara or Windsor-Chatham areas.