If you have never seen a cherry blossom tree you are missing out! These stunning pink and white flower trees are the highlight of spring blooms. The cherry blossom name comes from the flower on the tree, the tree itself is a Prunus tree, and there are many different varieties.

The cherry blossom name comes from the flower on the tree, the tree itself is a Prunus tree, and there are many different varieties.

Typically, when one thinks of where cherry blossom trees came from, they think of Japan, and although Japan is famous for these trees, you can find them in many other places. The cherry blossom tree can be found in areas with a temperate climate, in the Northern Hemisphere that includes China, Korea, Nepal, India, Iran, Afghanistan, and many places in Northern Europe. In Japan, these trees are called Sakura, and each year during their blooming season people throw flower-viewing parties and picnics.

The Yoshino cherry or Somei-yoshino is the most common species of cherry blossom tree. This tree is recognizable by its white petals that have just a touch of pink on them. It is a hybrid tree born in Japan from the Oshima cherry and Edo higan trees. The two-part name comes from the village where the tree was cultivated, Somei, and from the famous Mount Yoshino region, renowned for its cherry trees. The trees bloom quickly, and the flowers fall just as quickly. The second most common cherry tree species is the Kawazu-zakura tree. It is famous for its early and long-lasting blooms; they typically blossom from late February to early March, and the flowers can last for about a month. Another difference between the trees is the colour of the flowers; the Kawazu-zakura are a deeper pink than the Somei-yoshino flowers. It is said that this species was discovered by accident when a sapling was found and raised in Kawazu.

Sakuras hold a lot of importance in Japanese culture; they are seen everywhere, from art and literature to consumer products and anime. The cherry blossom’s brief beauty has come to symbolize the transient nature of life. The inherent beauty and mortality that comes with life is a Japanese Buddhist concept called “mono no aware” which is directly reflected in the cherry blossom blooms. It is also a sign of renewal and new beginnings. The cherry blossom season takes place at the end of the school year and the beginning of the next, it is also a time when many start a new career. There is a happy and sad nostalgia that happens around this time. Many Japanese people acquaint cherry blossom trees to the cycle of human life and will participate in flower watching parties called “hanami”. As the cherry tree holds such significance in Japanese life and culture, it is a great honour when another country is given these trees as a gift.

Cherry Blossom trees are not native to Canada, yet in Toronto’s High Park you can find a lot of them! This is thanks to the work of Consulate-General Yoshida and many Japanese Canadian leaders and community members. The vision of this group was to build a Japanese garden in Toronto’s public space. This required that they raise $20,000. One would think that this would have been a simple task; a few donations, and then the creation of a beautiful space for all to enjoy. However, this was not the case. This project was taking place in the 1950s, and the group faced a lot of post-World War II discrimination. Despite this, they did not give up and fundraising was a success. In April of 1959 2000 Somei-yoshino trees were presented to the people of Toronto from the people of Tokyo. The planted trees represent appreciation to Toronto for accepting re-located Japanese Canadians after WWII.

To learn more about Sakura's in High Park and Toronto check out this website.

The first cherry trees in Vancouver were planted in the early 1930s. 500 cherry trees were gifted to Vancouver from Japan to honour the Japanese Canadians who served in World War I and were planted at the Japanese Canadian War Memorial in Stanley Park. Prior to this the city was focused on planting large, long-lasting trees with big canopies, the Park Board in charge of such decisions liked the quality of these trees and their stately look. However, as the years went by, these same qualities became a problem; the tall, large canopies were interfering with power lines and the roots were disrupting sidewalks and sewers. By the 1950s, many of these stately trees were being removed. After the success of the cherry tree planting, the Park Board reevaluated its plans and shifted its focus to smaller ornamental trees. Flowering plum, crab apple, and cherry trees were now the trees of choice, adding both aesthetic value to the city and minimizing damage. Now you can see cherry blossom trees in many locations around the city; Burrard SkyTrain Station, Queen Elizabeth Park, VanDusen Botanical Gardens, Stanley Park, UBC, and many more.

Every year Vancouver has a Cherry Blossom Festival. To learn more about the Festival, check out their website here.

In 1912, the people of Japan gifted approximately 3000 cherry trees to the people of the United States as a representation of friendship between the two countries. This was the second time that Japan tried to send over cherry trees. The first shipment, arriving in 1909, had an insect infestation and were diseased, and the trees were burned to prevent spreading. This led to the creation of the Plant Quarantine Act and redefined how the country dealt with agricultural imports, also establishing a Federal Horticultural Board. The second time around the trees were fumigated and successfully planted in the U.S. capital. The first few trees were planted by the Japanese Ambassador’s wife and the First Lady. Now Washington, DC has an annual cherry blossom festival to celebrate the flowers' beautiful blooms, lasting 4 weekends in the spring and including a large variety of events.

To check out more places in Canada where you can see cherry blossoms, read this blog. 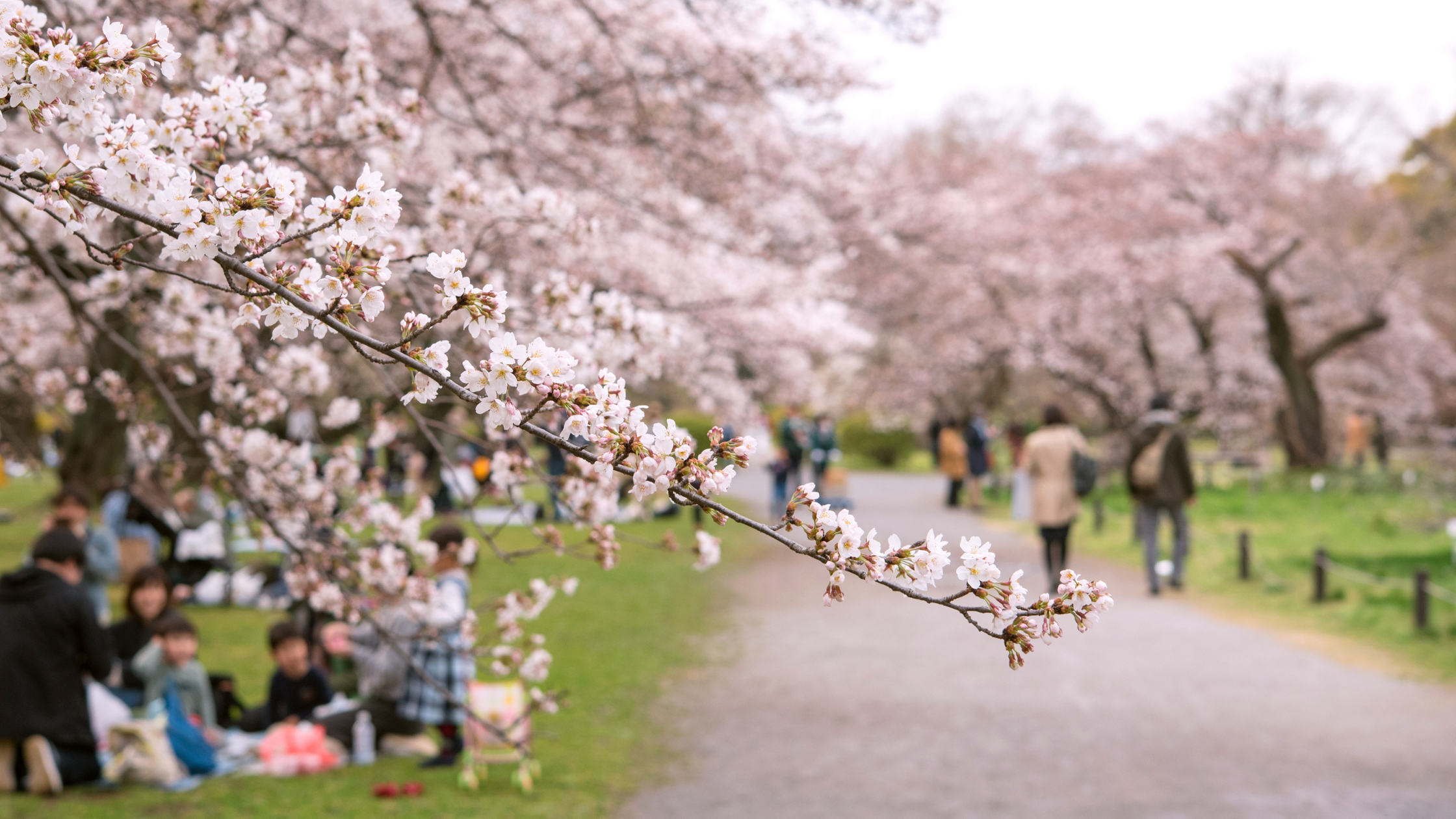