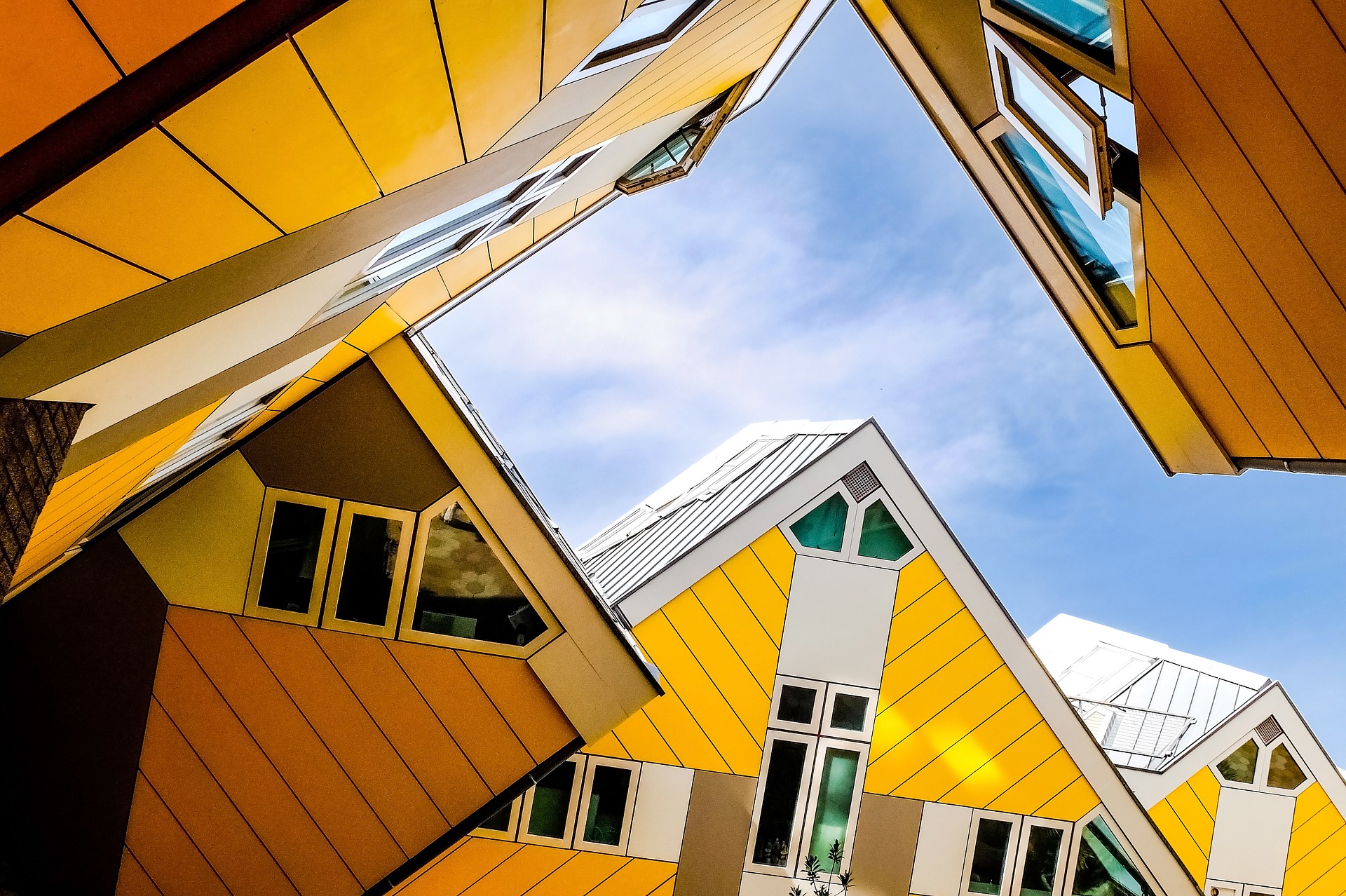 Most good architecture is created to amaze and astonish. World Architecture Day exists to show appreciation for the work architects do and to celebrate the great architectural feats. We want to expose you and your students to a variety of buildings that have storied histories, stunning exteriors and an assortment of shapes and sizes. 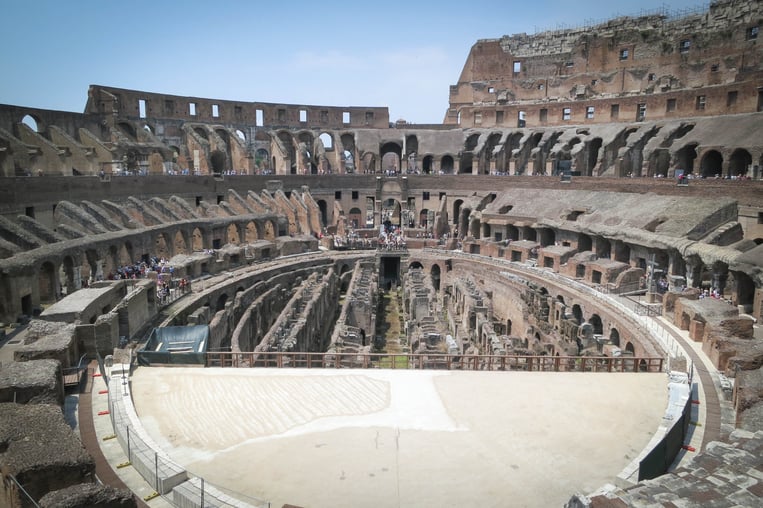 The Colosseum was originally built in 70 AD as a gift to the Roman citizens to increase the popularity of the Flavian Dynasty. It originally staged various forms of entertainment and could accommodate around 50,000 people. There are over 80 entrances and the colosseum had 36 trap doors for elaborate special effects. The Romans would even fill the arena with water and perform naval battles. If you were a Roman citizen you would have free access to the arena and sometimes would be fed throughout the games.

Fun Fact – It is thought over 500,000 people lost their lives and over a million wild animals were killed for sport during the festivals. 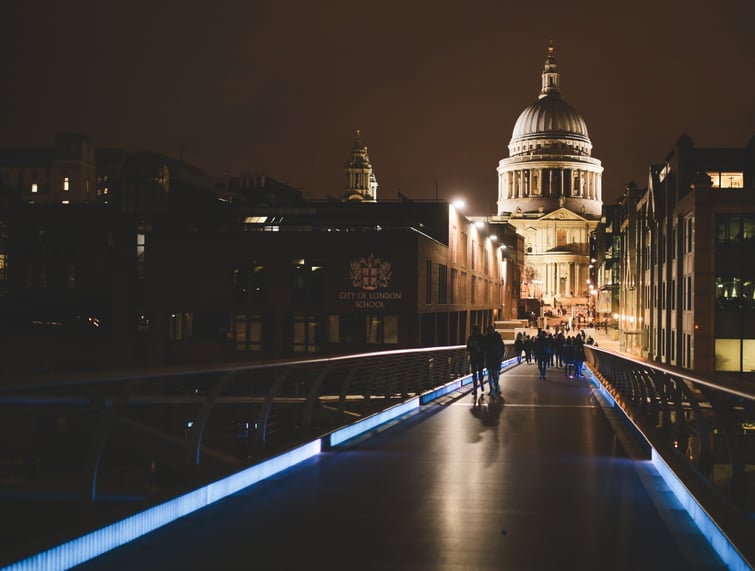 St. Paul’s Cathedral is one of the most iconic landmarks in London, England. Though a church has existed on the site since 604 AD, this incarnation of St. Paul’s wasn’t finished in 1711. This stunning building is one of the largest churches in the world and has the second largest dome in the world. It also has one of the largest crypts in Western Europe, holding over 200 monuments and memorials inside. Spend time whispering with friends from 112 feet away in the Whispering Gallery, or take the 530 steps to the Golden Gallery atop the dome.

Fun Fact: The Suffragette movement planted a bomb under the Bishops Throne in 1913 in order to further their voting rights movement. Luckily for the church, the bomb was faulty and never exploded. 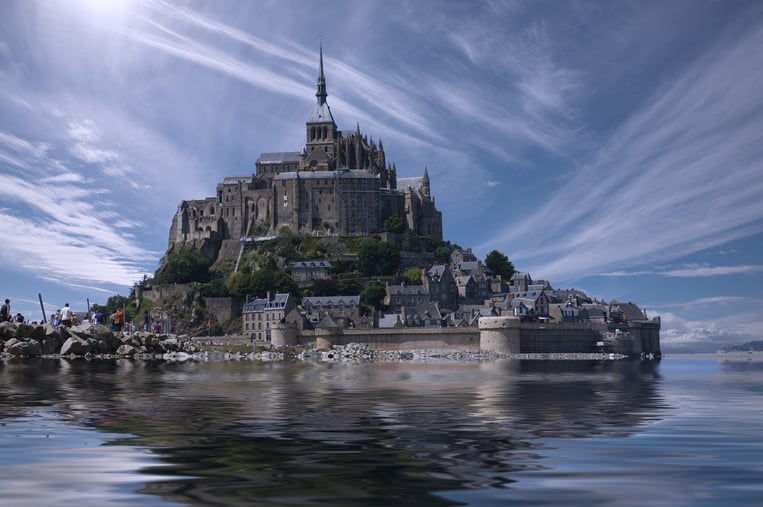 Mont St. Michel is an island off the coast of Normandy, France. In the 11th century, the church at the top of the mount was built in the Romanesque style with all other buildings completed by the 13th century. The original road going into the town was only accessible during low tide which allowed the island to stay safe from war. Over time the abbey was deserted and turned into a prison for clerical opponents, but by the 1800s the prison was closed and the mount was declared a historic monument. 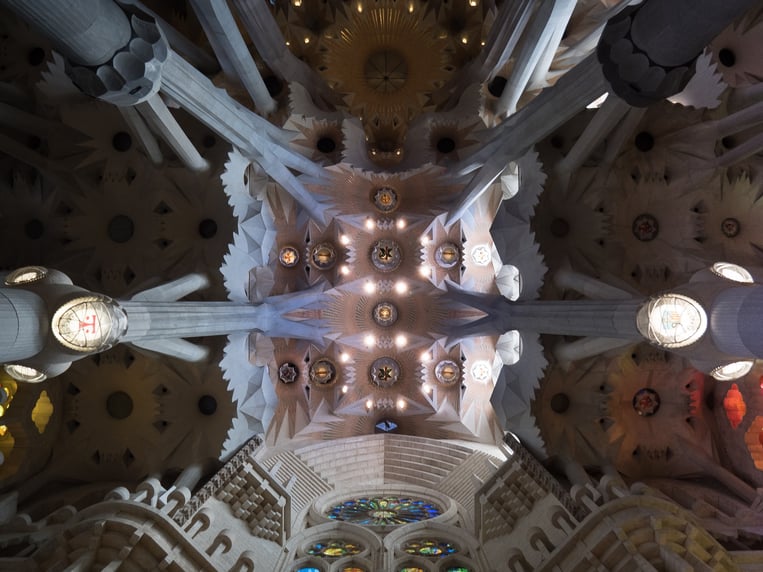 The Sagrada Familia is a project started by Antoni Gaudí in 1882 and over a hundred years later the holy place has yet to be completed. The death of Gaudí slowed down the construction of the church early in the process but once Barcelona became a tourist attraction, the Sagrada Familia was able to collect more money to continue building. Nature greatly influenced the project, from the way the arches were formed to the tree like pillars. It was built to be seen from all points of the city, and when complete, it will be the tallest religious building in Europe. 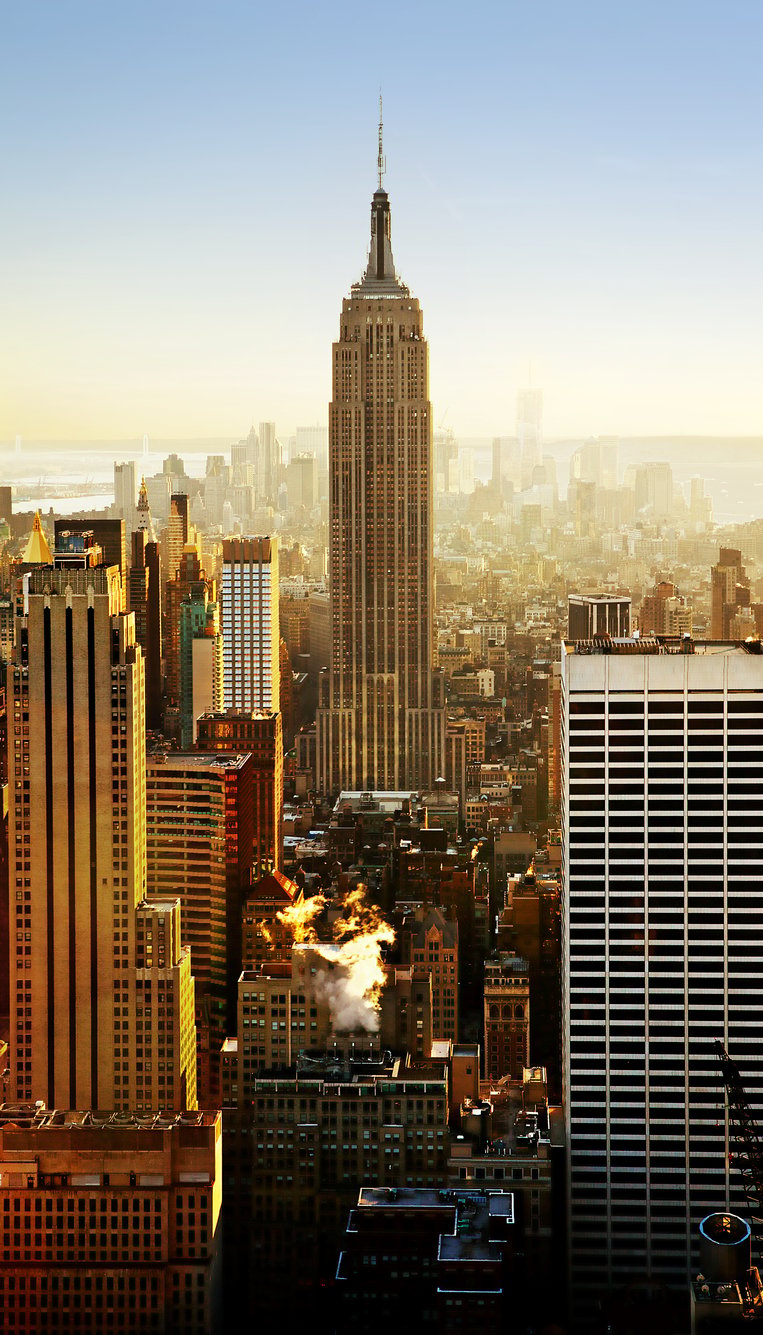 The Empire State Building in New York is the most photographed building in the world. It was designed by William F. Lamb from the firm Shreve, Lamb and Harmon. This gorgeous art deco style marvel was constructed during a race to be the tallest building and was created in a speedy 1 year and 45 days. It is no longer the tallest building in New York City, but it is the tallest LEED (Leadership in Energy and Environmental Design) certified building in the world. On a clear day, visitors can even see New York, New Jersey, Connecticut, Pennsylvania and Massachusetts from the viewing platforms. 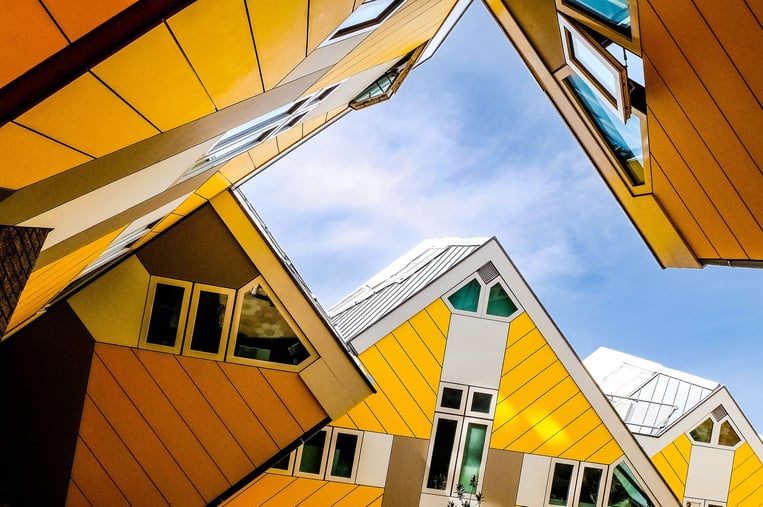 These unusual houses in the Netherlands were conceived and constructed in the 1970s by architect Piet Blom. The walls and windows are angled at 54.7 degrees, and only a quarter of the space in the house is usable. The houses were designed to live on top a busy pedestrian road, which explains their bizarre shape. Each one is meant to represent a singular tree in an abstract forest and have now become a tourist attraction.

Fun Fact – So many tourists would knock on the doors of the houses to see inside that they made the showroom a museum that you can visit in order to see the houses from the inside. 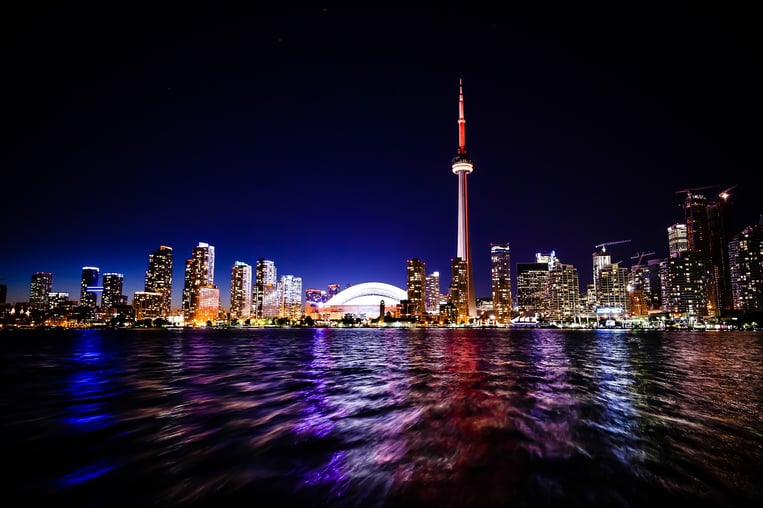 The CN Tower in Toronto is one of the seven modern wonders of the world. It is the tallest freestanding structure in the western hemisphere, and on a clear day you can see all the way to Niagara Falls from the top. It is Toronto’s biggest lightning rod and is struck on average 75 times per year. The massive crew of 1,537 workers began building in 1973 and worked 24 hours a day for five days a week to complete the tower in 40 months.

Fun Fact – The glass floor of the observation tower can withstand the weight of 35 moose. 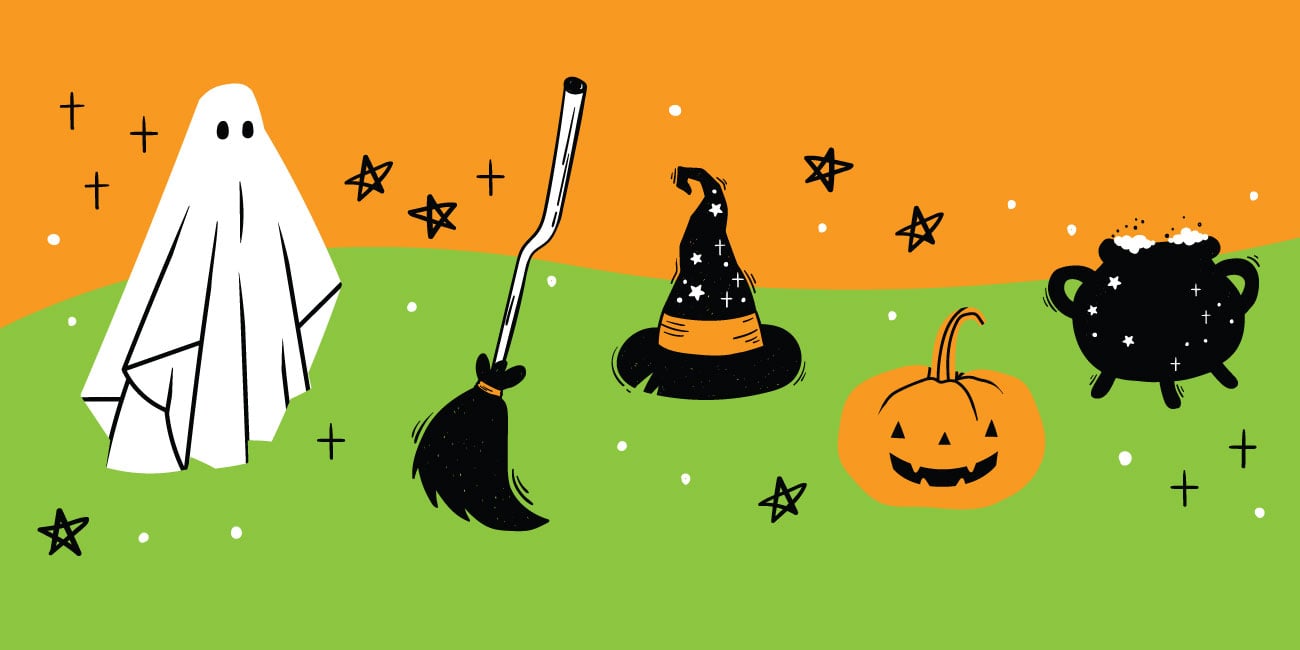