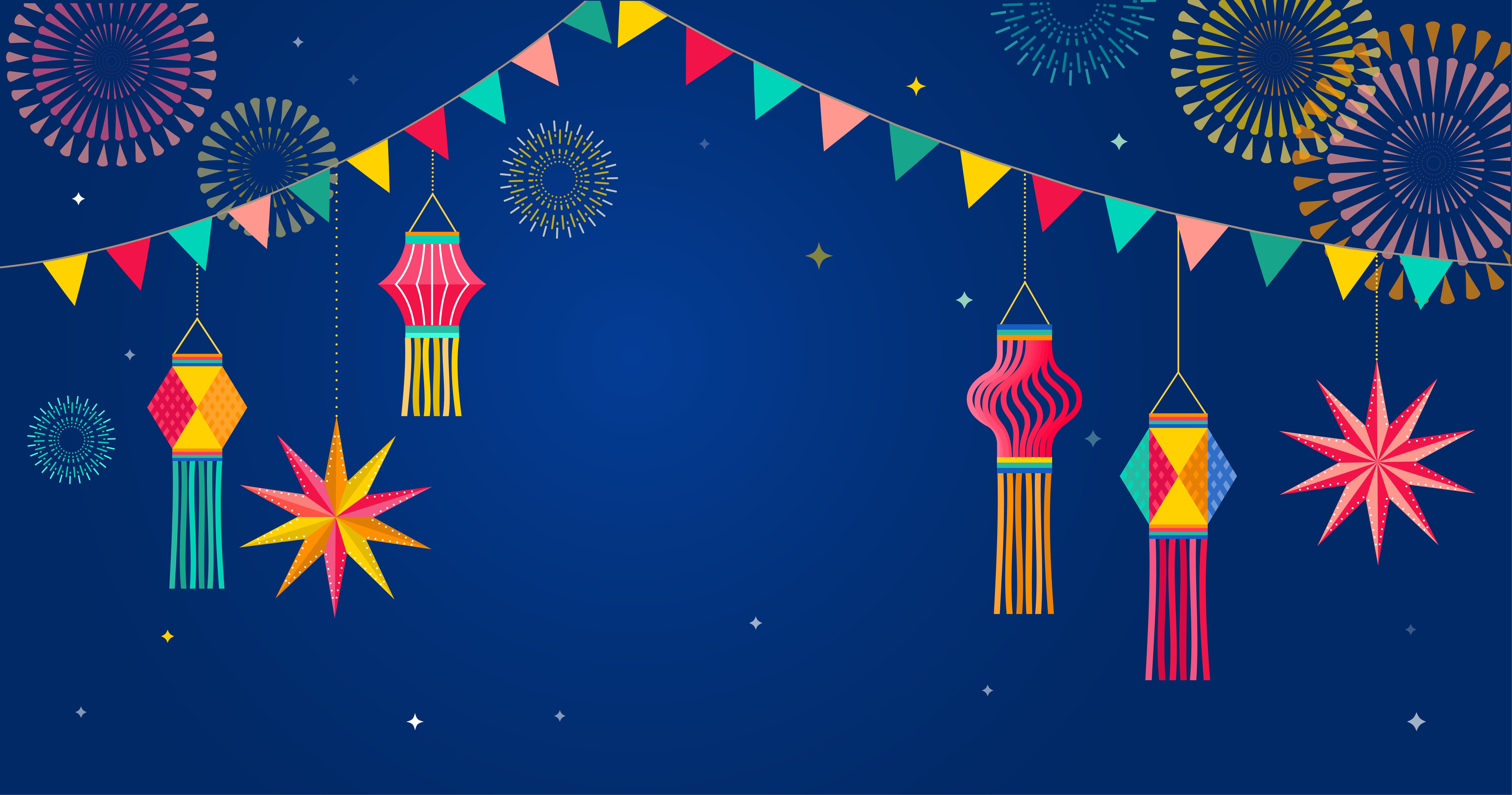 When you think of holidays in December, Christmas and New Year's Eve probably come to mind. But did you know that there are many other holidays during the month? Canada is a very diverse and multicultural country, and many people might not celebrate the same events that you do. If you would like to know more about these different holidays and why they are celebrated, keep reading below!

Although Hanukah is also celebrated partly in December, we have created a separate more in-depth blog for it. If you would like to check that out, click here.

Did you know there are many diverse holidays celebrated throughout the month of December?

Saint Nicholas Day or Feast of Saint Nicholas is a Christian celebration on December 6th, it marks the anniversary of his death, and is a day to honour the saint who inspired modern-day Santa Claus. St. Nicholas was from Greece and lived around 280 A.D., he was the bishop of a small Roman town called Myra. Back then the Roman Empire was persecuting Christians, bibles were being burned and priests were being forced to renounce their faith or they would be executed. This was the Great Persecution of 303. During this time Nicholas never wavered in his faith and he was a fierce protector of his community. It has been said that he saved many children, even resurrecting 3 boys! In addition he donated all his time and money to serve people in need. For these reasons he is the patron saint of children and associated with gift giving.

Saint Nicholas is celebrated worldwide, but mainly by European countries. Since this day is observed in so many places, traditions vary from country to country. Some of these traditions include a parade, a feast with your family, gifts for unmarried women, and St. Nicholas traveling with Krampus to punish bad kids. A shared tradition involves shoes. On the evening of December 6th children will clean their shoes and place them either outside, on a windowsill, or by the fireplace, along with letters for the saint. In the morning they will wake up to their shoes being filled with treats, fruits, and other small gifts.

Activity Idea: This research project gets students to compare St. Nicholas to Santa Claus or St. Nicholas’ of different countries. Here you can find lesson plans for one or two class periods to help your students better understand this celebration. This website has some games and activities for kids.

Bodhi Day is a significant holiday celebrated in Buddhism, it is the day on which Buddha, experienced enlightenment. In Sanskrit the word Bodhi means ‘awakening’ but it is most closely translated to ‘enlightenment’ in English. Buddha was a sheltered and comfortable prince of Nepal named Siddhartha Gautama. He would travel about and experience aspects of life; when he witnessed suffering, sickness, and old age he was severely affected. It was then that he decided to leave his privileged environment and seek the meaning of life. After six years of trying many things and being disappointed, he vowed to sit under a Bodhi tree until he had his answers. On the 8th day of meditation, he realized many answers which would develop the principles of Buddhism.

Bodhi Day is celebrated on December 8th, and Buddhists will commemorate it in a calm manner through remembrance and meditation. They will also decorate their homes with multi-coloured lights to signify the many pathways to enlightenment. A bodhi tree in their homes is also decorated with these lights and with shiny ornaments to represent the Buddha, the Dharma, and the Sangha, known as the Three Jewels.

Activity Idea: Students can work through this short lesson plan on their own, it will teach them about Bodhi Day and then test their knowledge with a couple of quizzes. If you would like to try some meditation with your students check out these exercises.

The celebration of Yalda, is a Persian holiday that represents good over evil, expressed as light over darkness. It is celebrated during the evening and night of the Winter Solstice, the day with the shortest daylight and longest night. The word Yalda means rebirth, specifically of the sun, as it breaks free from the long nights and escapes the darkness. In early Iranian religion, Zoroastrians believed that the Evil Spirit, Ahriman, was the most powerful on this night. People would seek comfort in friends and family to wait out this night and celebrate the eventual victory of the sun.

The celebration begins with consulting Hafez’s poems for divination. Some treat this as a fun fortune-telling game, whereas others use this as guidance for their life. A table is set with lots of food and drinks, especially fruits and nuts. Red fruit is a staple of this night, watermelon is eaten to immunize you from the cold winter and keep you cool in the summer heat, while pomegranate seeds symbolize the glow of life. Nuts and dried fruit are also eaten on Yalda, and it’s said that eating the nuts will bring you prosperity. The traditional table used is a corsi, it is a short wooden table with a charcoal fire underneath it. The table gets covered in a blanket which makes sitting at it very warm and cozy. The drink of choice is glass after glass of cardamon-infused Persian tea. Aside from eating and spending time with family, people will also play music and sing folk songs.

Activity Idea: Here are 7 ways you can celebrate Yalda; the article also gives more information on this traditional holiday.

The Dongzhi Festival is a celebration of the Winter Solstice and is one of the most important Chinese festivals celebrated by Chinese, Taiwanese, Korean, Japanese, and Vietnamese peoples. Some 2,500 years ago, a man named Zhougfong used a simple sundial to observe the shadows and discovered the shortest day of the year. The origins of this holiday can be linked to yin and yang philosophy of balance and harmony in the universe. Before this night there are long nights and negative energy and afterwards there is an increase in daylight and positive energy flowing in.

This festival is celebrated by worshipping Heaven and ancestors. People will also count Nines of Winter, which is a countdown to spring, the days after the Winter Solstice are divided into nine sections of nine, once those are complete it will be spring. Different regions of China have different traditional foods. In the north they will eat dumplings, while in the south they eat balls of rice. Foods that warm the body are also popular such as ginger, mutton, and daikon.

Activity Idea: This lesson plan will get students to explore the Dongzhi festival, they will look at traditional celebrations and foods, and compare the festival to their Thanksgiving celebrations.

Pancha Ganapati is a modern Hindu festival, created in collaboration with tradition, scholars, and elders as a Hindu alternative for Christmas. It was their way of creating a Hindu expression of gift-giving, celebration, and worship, which allowed their children to relate to their peers and not feel left out. The 5-day festival worships Lord Ganesha also known as Maha Ganapati, the elephant-headed Lord of culture and new beginnings. Each day of the festival requires people to mend their past mistakes and bring joy and harmony to their life and the lives of those around them.

Each of the 5 days is represented by a different colour and has different observances. On day 1, yellow, it’s all about love within the immediate family. They will decorate the house and Ganapati’s shrine together, and then make amends with each other for any wrongdoings over the past year. Gifts are exchanged and placed in front of the shrine. Day 2, blue, is for love, amends, and forgiveness among neighbours, close friends, and other relatives. Again, gifts are exchanged and placed by the shrine. Day 3, red, is for the public and business associates. Gifts are exchanged and most important debts are settled. Day 4, green, is all about drawing joy and love from dancing, music, art, and drama. There is lots of singing, poem reciting and dancing. At the end of the day there is a discussion on how to bring more of the arts into the household. Finally, on day 5, orange, it is a collection of all the previous days with a focus on religion and prayer. The festival ends with the opening of gifts.

Activity Idea: If you would like to learn more about Lord Ganesha you can listen to this audio “Who is Lord Ganesha”. For lesson plans on Hinduism and its history click here.

Christmas is a Christian holiday celebrating the birth of Jesus. Although, due to its popularity it has also become a worldwide cultural and commercial holiday celebrated by many non-Christians. The exact date of Jesus’ birth is unknown, some believe it to be in the spring, but in the fourth century Pope Julius I chose December 25th. The story of his birth follows Joseph and the Virgin Mary arriving in Bethlehem and seeking a room in an inn. With no rooms available they are offered space in the stable where Jesus is born. Angels tell the news to shepherds who spread it further, and Jesus is visited by three wise men.

Christmas celebrations can be different around the world. Many will decorate their homes with Christmas trees that they hang lights and ornaments from. There will be garlands on banisters and lights on houses. Traditional colours are red, green, and gold. Red represents the blood of Jesus, while green is eternal life particularly seen in evergreen trees, and gold is associated with the gifts from the wise men, symbolizing royalty. Christians will attend church on Christmas Day and decorate additionally with the Nativity scene. Gifts are exchanged, carols are sung, and feasts are eaten with close friends and family.

You can check out this video to see what favourite Christmas traditions look like across Canada.

Activity Idea: Students can click through this website to learn about how other countries celebrate Christmas. Here you will find ways to instill the spirit of giving into your students, including the story of the little coat. Lastly, students can test their Christmas knowledge with this quiz!

Kwanzaa in Swahili means “first fruits”. It is not a religious holiday but a celebration of African heritage, culture, and history. The celebration was created in the United States in 1966 by Dr. Maulana Karenga, professor and chair-man of Black Studies at California State University and began being celebrated in Canada in 1993. Dr. Karenga wanted to bring African Americans together after the Watts riots, he researched harvest celebrations and took traditions from a few to create Kwanzaa.

Kwanzaa is typically celebrated with dancing, singing, African drums, decorating homes in Pan-African colours, wearing traditional clothing, and having a large feast, although each family can celebrate the 7-day holiday differently. Each of the 7 days is guided by a principle, these Nguzo Saba (seven principles) represent values of African culture and foster a sense of community. The Nguzo Saba are unity, self-determination, collective work and responsibility, cooperative economics, purpose, creativity, and faith. Each night the family gathers to light a candle on the Kinara and one of the principles is discussed.

Activity Idea: Here you can find a list of different lesson plans and activities that students can complete. From exploring Kwanzaa to creating a story about one of the principles, to trying out some traditional recipes. 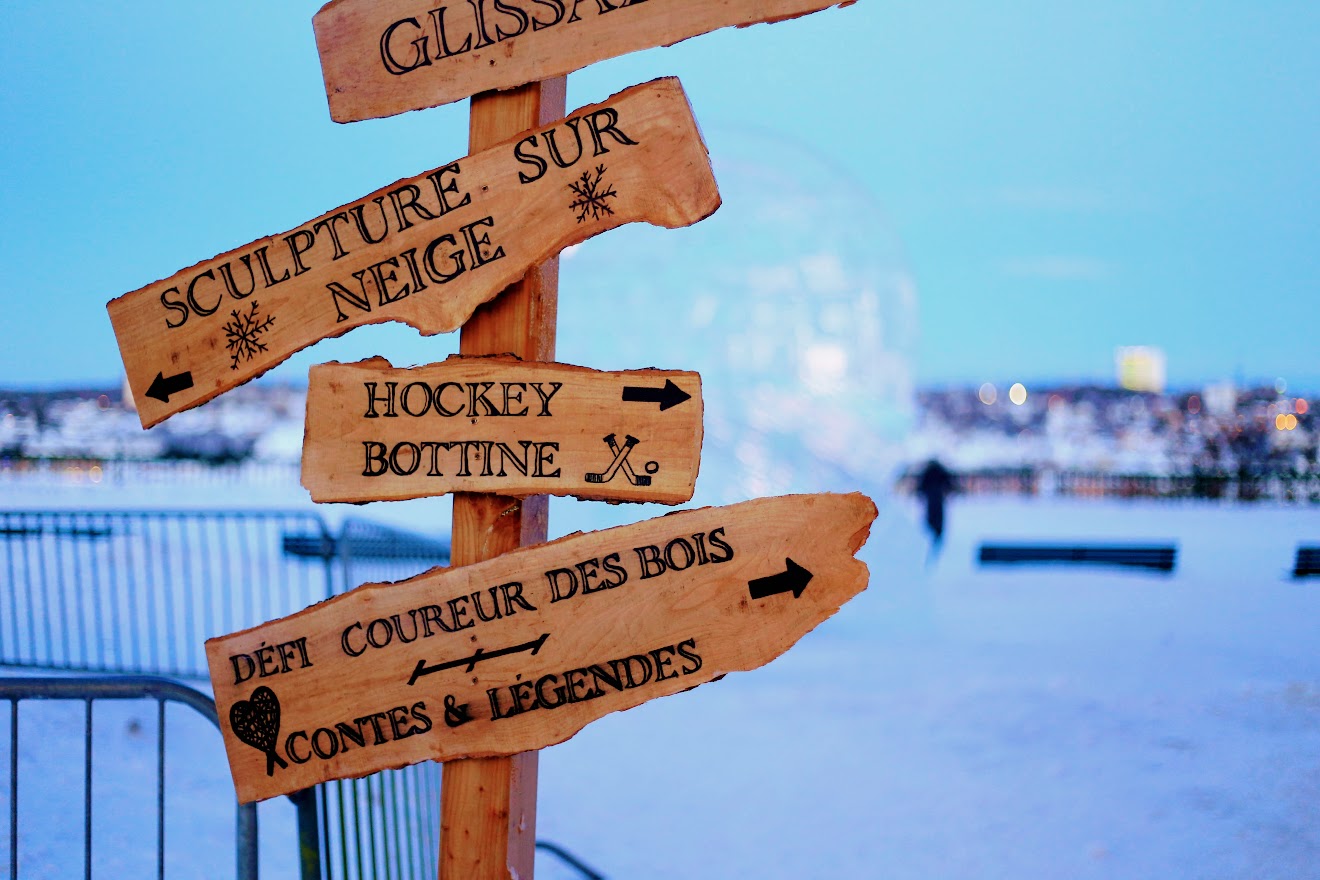 Winter Festivals Across Canada Have you heard of Carnaval de Québec or Winterlude and wondered what they were all about? Or did you ever wonder if there were other winter festivals …
Read More 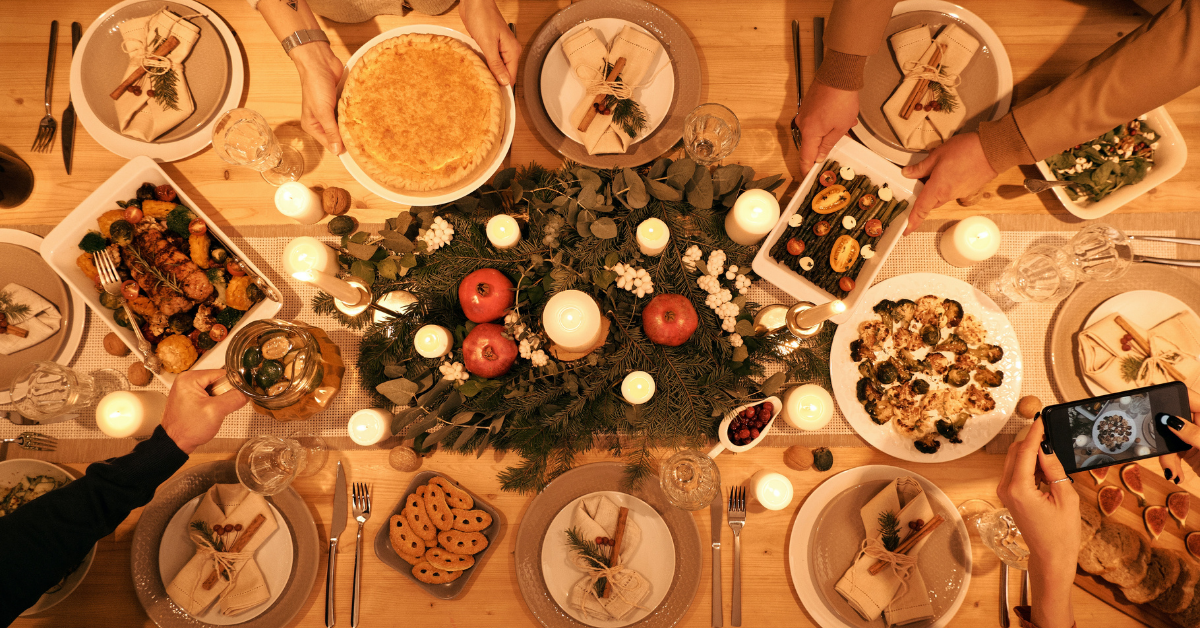